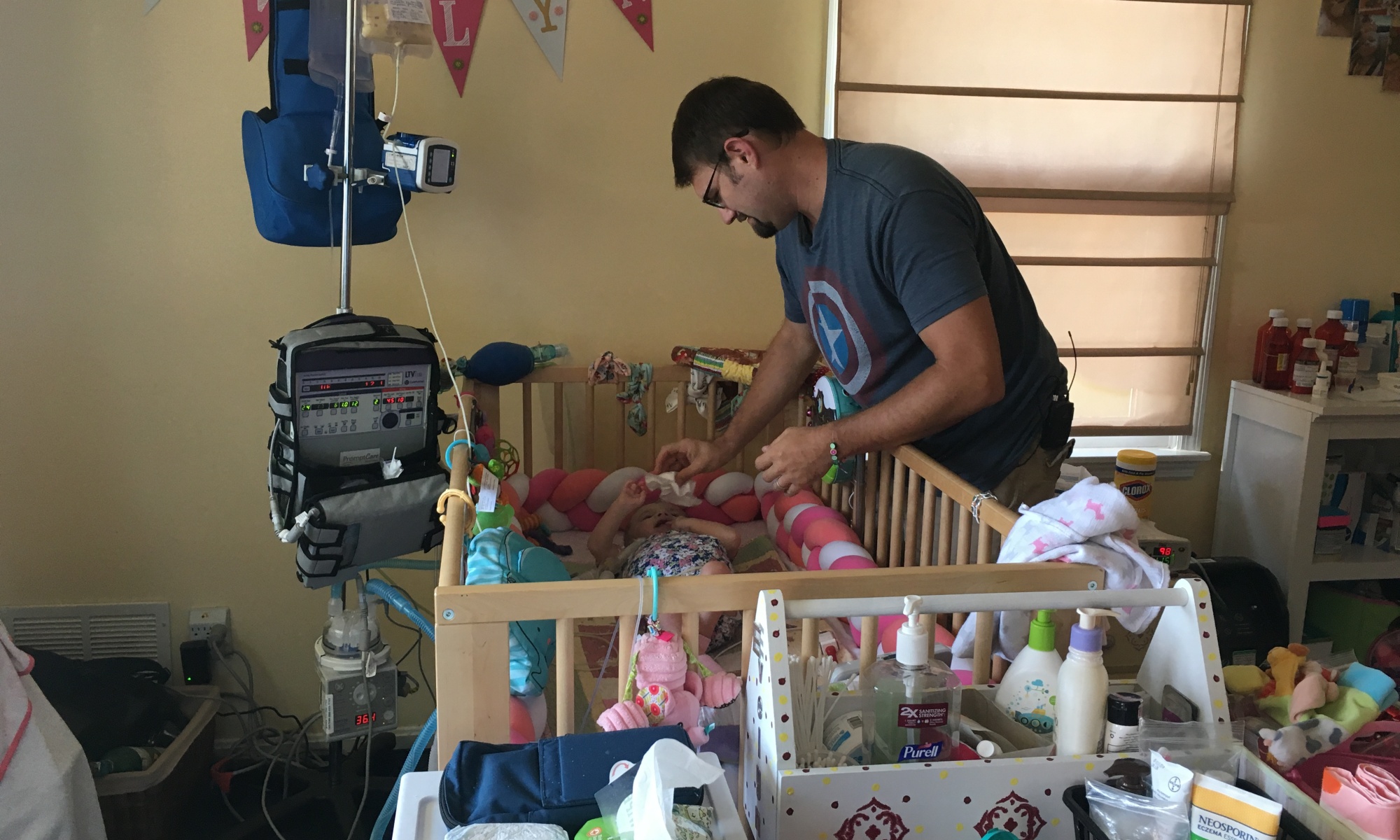 STATE LINE, PA – Abby Lance Hoped her new pregnancy would go as smoothly as her first two, but when doctors conducted the first ultrasound, there was cause for concern.

“We kind of hoped that they would see something on the ultrasound and prepare us for the worst. . .but then it would end up being an average baby, ten fingers, ten toes,” said Mrs. Lance.

Tests revealed the baby’s esophagus was disconnected from her stomach. Her brain wasn’t developing in a normal way and she had a hole in her heart. Doctors told her parents she would be born with Trisomy 18, a genetic disorder causing organs to develop in an abnormal way.

Doctors explained the severity of the diagnosis and the likelihood the baby would die in childbirth. They encouraged Mrs. Lance to terminate the pregnancy, but her dedication to her child was unrelenting.

“[We] decided to invest in her however she was created, regardless of what her DNA said. We were just praying that she would be of the small percentage that actually survives with the disorder,” Mrs. Lance said. “I wanted to give her the best opportunity and I didn’t think that termination was the best opportunity.”

Evelyn Lance was a mere 4 pounds at birth. Her body was slender and frail because her stomach and intestines hadn’t been receiving food. Evelyn’s father, Josh Lance, recounted his emotions upon hearing her first cries.

“She was born very small, very skinny, very frail looking. . .but she came out screaming which was music to my ears, ” said Mr. Lance.

“When she was born and she was crying and laying my arms, none of those things mattered,” Mrs. Lance remembered. “She was Evelyn, and whatever she needed I was going to do.”

Evelyn required immediate surgery to repair the hole in her heart. The disconnection between her esophagus and stomach meant she was holding a large amount of fluid in her body, causing damage to her lungs.

Evelyn needs the help of a ventilator around the clock. She has a feeding tube and receives heart medication through a central line. Mrs. Lance says Evelyn’s health improved dramatically with the addition of the ventilator.

“Within a week or so she really started to progress and bounce back and heal,” said Mrs. Lance. “[She was] awake for longer periods of time, and she started to reach for toys and smile and [do] those things that you would expect the baby to do when they’re feeling better.”

Though she may be growing slower than most children, Evelyn continues to impress her nurses and her parents with her progress. Deborah Denyer, Evelyn’s day nurse, has seen marked improvement.

“When I first came she did not move much in the crib. When I would turn her a certain way she would be in that position; rarely did she move,”said Denyer. “Now she is on her hands in the knees as quick as can be!”

Mr. Lance says Evelyn surprises him with her abilities despite her genetics.

“Because she’s missing the middle part of her brain she shouldn’t be able to do things like lift her legs up together and she does all that,” Mr. Lance said. “Rolling over and getting up on her hands and knees, that shouldn’t happen. . . but she does it.”

Evelyn’s verbal communication is limited because of the ventilation system, but she practices her sign language each week.

“ She can sign mommy and daddy, nurse, hi, bye, I love you, all done, yes, no,  and so she can use that to communicate as well,” Mrs. Lance said.

Despite her limitations, Evelyn’s personality is constantly on display.

“She loves to play and she loves to laugh, she has her own personality,” explained Mrs. Lance. “She holds grudges when you wake her up from a nap.”

Evelyn’s parents hope to begin weaning her off the ventilation machine, giving her more freedom, but regardless, their love is unconditional.

“ People say to us all the time ‘I just don’t know how I would do in your situation,’ and I just think you wouldn’t do anything different,” said Mr. Lance. “We believed that God had a purpose for her and we were going to give her the best chance at life.”

“She is making me a better mom and a better person  and a better wife by teaching me to slow down and take a good look at the things that are really important,” said Mrs. Lance.